Is LED Skin Therapy Worth Your Attention? 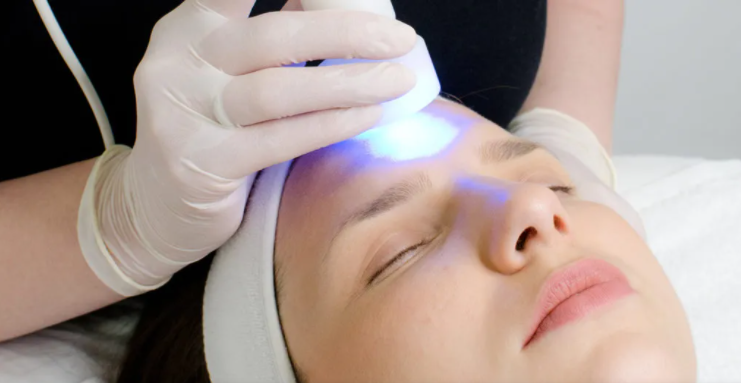 From our phones to the appliances we use, LED lights are subconsciously becoming a large part of our lives. According to Medical News Today, LED (Light Emitting-Diode) was originally developed by NASA for cultivation in space, however it might stimulate more than just plant growth. In recent years, LED light skin therapy has grown popular to treat conditions such as acne, eczema, scarring and ultraviolet damage. Although many experts swear by this procedure, there is still a debate on whether it is safe or even worth your money.

Based on a research article looking into LED light skin therapy, different wavelengths of light penetrate into the skin’s surface to trigger natural intracellular reactions. According to the National Library of Medicine, red colored wavelengths trigger tissue repair while blue light kills bacteria. Additionally, animal research has shown that blue light can even advance the healing of third degree burns.

My first impression was that these results must be exaggerated, especially considering that this procedure only offers temporary improvement from common use. It also seems a little sketchy for light waves to cause such breathtaking changes. After reading several online articles and reviews, I was more than surprised to find that it can really live up to its innovation. A recent LED mask review from a NYC-based makeup artist, Ashley Rebecca, truly displayed the power of LED with her exciting skin transformation. Not to mention there were countless consumers who shared that excitement. There were even some who claimed that it helped reduce signs of aging.

Now that we know it works, what are its long term effects? How does this form of light differ from computer screens that possibly photoage the skin? The design of LED lights was meant for the growth of plants, so it didn’t seem unreasonable to compare this to the sunlight´s damaging potential. It turns out that most lighting businesses claim that LEDs do not produce UV radiation. There is still some concern that a small amount of UV rays are exerted from LEDs, but this does not apply to the cosmetic grade practices. Therefore it is safe to use as long as you follow the recommended treatment instructions.

This skin procedure is most commonly performed in an office, however it can be done at home. Depending on where the treatment is performed, the price will typically cost $150 to $300 per session. The expert-approved at home face masks typically fall between $300-$600, which add up to be the cheaper alternative. However, noticeable improvements are unlikely to reveal themselves until there is consistent use of the treatment for over 3-6 months. It is also highly recommended to wear sunscreen everyday to preserve the results of this procedure.

You might be thinking, “It sounds like it isn’t worth the money,” and to most people, it isn’t. However, those who enjoy treating themselves, should definitely consider investing. After seeing the mind-blowing before and after photos, it is hard to ignore the significance this therapy is doing. From what I have collected, LED therapy can enhance one’s skincare routine dramatically.