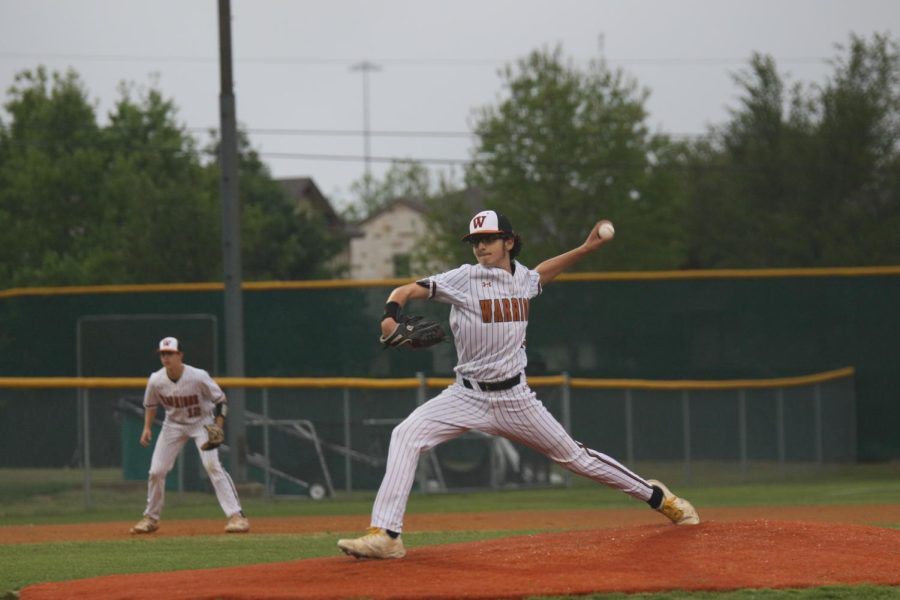 Pitcher Jared Hyman ‘22 throws the ball towards the Raider batter. During the game, Hyman was reliable for throwing fastballs and causing the Raiders to strike out.

The Warriors played Cedar Park on Tuesday, April 19 at the Warrior field. While the teams seemed to be matched in skill, remaining 0-0 for the first three innings, the Warriors pulled through with a hard-fought 1-0 win after center fielder Caleb Moore ‘23 struck the ball, allowing right fielder Gus Wendland ‘22 to run to home plate.

“It was so relieving,” said Moore. “It was such a stressful game, I was so nervous at bat, and I got the hit and saw the guy go home and it felt so good.”

The Warriors continue this season as first in the district and will rematch against the Raiders at Cedar Park this Friday, April 22.