Incoming RRISD Police Chief Discusses Past And Goals For This Year 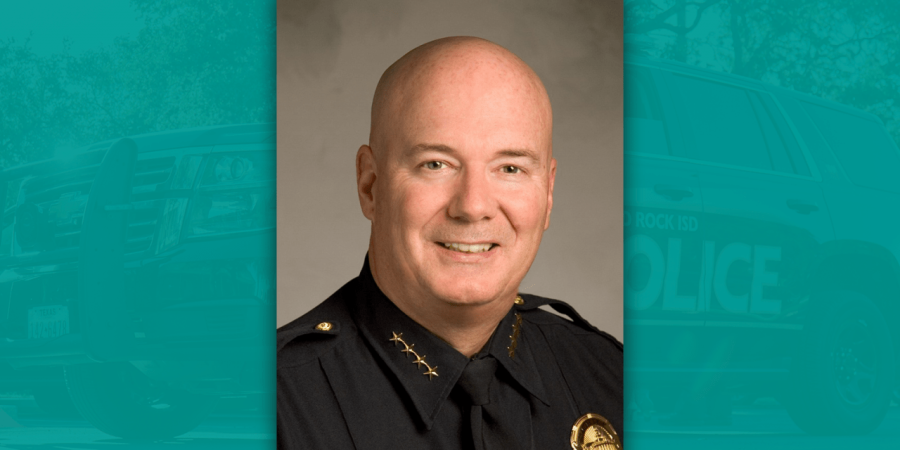 On July 14, RRISD announced the appointment of their new police chief, Dennis Weiner. Weiner brings a lifetime of diverse law enforcement experience into his new role. From wearing the badge on the New York City police force to spending time in Guantanamo Bay, he’s now ready to make more of an impact in an educational environment

“After seeing the violence occurring on school campuses across the country,  I wanted to bring my training and experience to school policing,” Weiner said.

Most recently, Weiner had the opportunity to apply his experience in Florida as assistant police chief of Palm Beach County Schools where he oversaw campus safety; making sure that officers were training properly, and enhancing security in places that needed it. Weiner wants to make sure that Round Rock schools are the safest they can be.

“There’s a whole methodology that’s used in securing a physical facility such as a campus so we want to make sure that everything is in place for that, and then we have to have the right security protocols in place,” Weiner said. “The teachers need to know what they’re expected to do. Administration needs to know what to do, and our officers need to know what to do in each of those scenarios. And then, in addition,  there’s technology today that can be used to help us augment security on the campuses.”

Weiner had always found purpose in serving others. At the age of 21, he joined the New York Police Department (NYPD) and was inspired by the vibrant cultures that surrounded him. Weiner wanted to contribute more to safety and started to climb the ranks. Thirteen years later, while Weiner was a sergeant in the NYPD, he also decided to join the U.S. Navy Reserves.

“I really did want to serve my country and I was looking forward to expand my horizons in terms of my experiences,” Weiner said. The Navy and law enforcement have really helped me because I go back and forth between the two careers. And it gave me an opportunity to serve my country in addition to serving my local community.”

While in the NYPD, Weiner moved to different departments and learned about various aspects of law enforcement. Simultaneously, he had the opportunity to serve at Guantanamo Bay, a U.S. detention camp in southeastern Cuba that was used to house suspected terrorists captured in Afghanistan and Iraq.

“We, especially after some of the abuses that we saw that had happened in Iraq, were very cognizant to make sure that we were treating the detainees appropriately, humanely, providing them with all their essential needs, and at the same time, holding them accountable,” Weiner said.

Now that campus safety has been put under the microscope in the wake of deadly school shootings such as the one at Robb Elementary in May, his hope now is that he can bring more confidence and less fear –reassuring parents and students that campus safety is a major priority.

“I want to make sure that the police department is providing the absolute safest and most secure learning environment for the students and the staff as well as the parents for the schools,” Weiner said. “That’s the number one mission.”

Weiner enjoyed his time in Palm Beach County and his hoping to have the same impact and experience in Round Rock. This time, with a smaller district, Weiner wants a more personal basis.

“I think it’s going to be an amazing journey for me and I hope that I can have the opportunity to contribute what I can to Round Rock Independent School District, and most importantly, get to know the students and the faculty and the staff. I think the opportunity to really get to know people better is there and I’m really just excited to work with the community and the parents and the students to really make sure we’re providing a safe environment in today’s challenging society.”