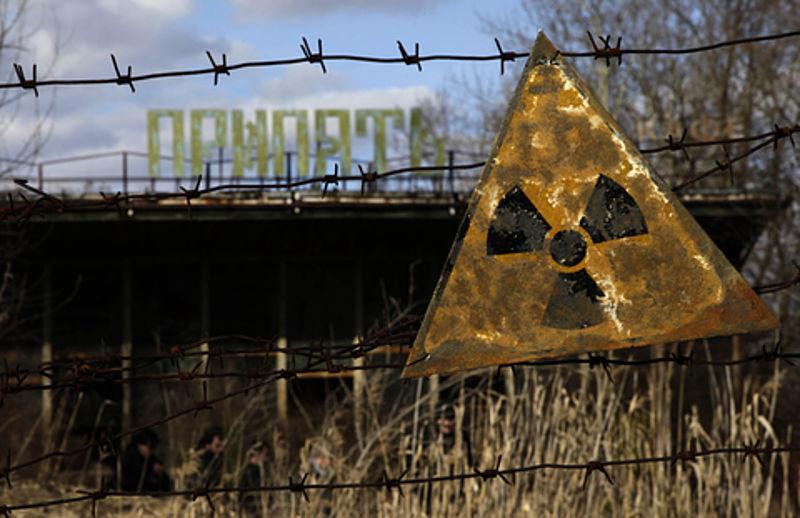 In the Event of Fallout: The 30th Anniversary of Chernobyl and Why Nuclear Power Isn’t Worth the Risk

In the Event of Fallout: The 30th Anniversary of Chernobyl and Why Nuclear Power Isn’t Worth the Risk

By Mackenzie Farkus, Editor in Chief 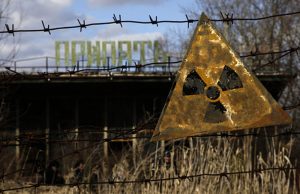 Thirty years ago on April 26, the worst nuclear power accident in history occurred at the Chernobyl Nuclear Power Plant. Radioactive particles permeated the air, forcing approximately 116,000 people to evacuate the 30-kilometer radius surrounding Chernobyl. While 31 deaths are directly tied to Chernobyl, hundreds of thousands more have suffered or died from a laundry list of health issues, including but not limited to thyroid cancer, leukemia, cardiovascular disease, cataracts, birth defects, and premenopausal breast cancer. And despite all of the devastation around Chernobyl, and other nuclear incidents, like the Three Mile Island partial meltdown in 1979 and the Fukushima Daiichi disaster in 2011, there are still people who believe that nuclear power is a great energy source. I was surprised to find that even the most hardcore eco-activists had changed their minds about nuclear power; weren’t activists chaining themselves to nuclear power plants in the 1970s in protest, though?

If history has told us anything so far, it’s that nuclear power will destroy the earth much more than it will help it. The environmental devastation and cost of human life is too much of a consequence when dealing with nuclear power plants.

A nuclear power plant disaster affects more than just the ecosystem surrounding it, however. After the Chernobyl disaster, fish in nearby bodies of water were found to have high concentrations of radiocaesium; a pine forest downwind of Chernobyl turned reddish-brown and died; and radiotrophic fungi were found clinging to the inside of the reactor. Boars in Germany were found to be contaminated with radioactivity; sheep movement from upland areas was restricted in the U.K., following caesium-137 falling over parts of Northern Ireland, Wales, Scotland, and Northern England; and crops to feed livestock in Norway had to be replaced due to suspected levels of contamination.

Although the plants are required to be a good distance away from any populous areas, the Chernobyl and Fukushima Daiichi disasters proved that radiation can stretch far beyond designated evacuation zones. After the fallout from Chernobyl was found to go much further from the 30-kilometer radius evacuation zone, USSR officials expanded the radius to approximately 2,600 kilometers squared in the Ukraine. Although 116,000 were believed to be in the immediate danger of fallout within the 30 kilometer zone and were subsequently evacuated, it is believed that more than 5,000,000 people live in areas contaminated by the Chernobyl disaster at the present. As for Fukushima Daiichi, approximately 56,920 people fled their homes due to fallout, while radioactive water leaked from the plant and into the Pacific Ocean in 2013, contaminating marine organisms and beaches. 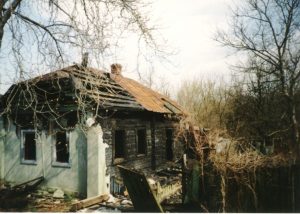 An abandoned village near Chernobyl.

There are other clean, renewable energy sources we can use instead of nuclear power, and they have the added bonus of not being able to kill anybody. Wind turbines give off zero emissions and cost the same as what it takes to make fossil fuels, which is significantly cheaper than nuclear power. Small-scale hydroelectric technology, although still in the testing phase, simply uses wave energy out at sea for power; this is also more ecologically friendly than large-scale hydroelectric technology, such as dams. Solar power is another great alternative to nuclear power; though large-scale solar power is still a work in progress, there are no emissions. With technology rapidly improving, there’s no doubt that more renewable energy sources will be developed with time.

The history of nuclear power — from the Chernobyl, Three Mile Island, Fukushima Daiichi, and the many other nuclear disasters that have occurred — has never been clean. Some of those who say nuclear power is the be-all-end-all solution for clean energy aren’t considering how irreversible the damage is in the event of fallout. Sure, nuclear power can be improved so that reactors, plants, and technology is safer. All technology can be improved. The real question is how long it will take for these improvements to be realized; and, at the moment, it looks like these improvements could take years to finally surface. With the potential of nuclear disasters looming over our heads, it is paramount that we consider every single risk we may encounter.