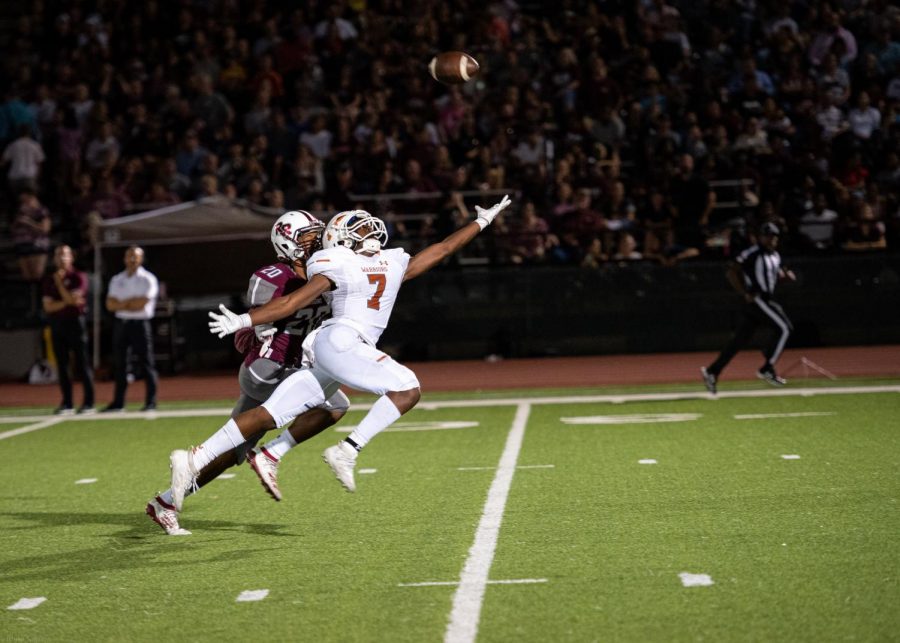 Julian DeBerry ’21 attempts to catch a pass by quarterback RJ Martinez ’21. The incomplete pass resulted in a fourth down which gave the Dragons possession of the ball.