Chicago, directed by Ms. Hannah Milam and performed by Westwood Theater, wowed the audience with its four showings on Thursday, Jan. 16, Friday, Jan. 17, and two shows on Saturday, Jan. 18 at the Westwood Black Box. This year, the roles were double cast, with the first cast, Glitz, performing Thursday and Saturday night and the second cast, Glam, performing Friday and Saturday afternoon. Rachel Rusch ‘20 and Liesel McMahan ‘21 starred as Roxie Hart, while Cara Tome ‘22 and Elizabeth Wolf ‘20 starred as Velma Kelly, the lead roles of the musical.

Act I followed the story of Roxie Hart, a woman who murdered a man named Fred Casely, depicted by Marco Martinez ‘20, after he attempted to end an affair they had. Following this, Rusch and McMahan portrayed Roxie Hart to the audience as someone who had her husband, Amos Hart, depicted by Diego Rodriguez ‘22, wrapped around her finger with the song Funny Honey. This is mainly because for the entirety of their marriage he had always done everything for her, and this is proven again when he agreed to take blame for the murder. However, Amos Hart realized Casely was a man she had an affair with, resulting in Roxie Hart getting thrown in jail with risk of getting hanged.

“When [Roxie Hart] is singing Funny Honey, she is relieved that her husband is taking the fall for her, since she shot someone,” Rusch said. “I got into character by thinking about my personal experience with betrayal and I also did a lot of research on the character to see how she would react to that.”

I am Billy Flynn in Chicago The Musical. It’s an odd character because it’s an antagonist. Almost every character in Chicago is an antagonist, so in doing so, I hate the character I’m playing. But I actually find playing antagonists much more fun than playing protagonists, because you get to explore that area where you hate the person.”

The audience was then introduced to the prisoners residing in the jail Roxie Hart was sent to with the song Cell Block Tango, sung by women who were convicted of murdering their lovers. Among the inmates was Velma Kelly, a woman accused of killing her sister and husband. Tome and Wolf portrayed Kelly as more than unhappy when Roxie Hart showed up, as she was stealing her spotlight as well as her eagerly awaited and overly popular lawyer, Billy Flynn, depicted by seniors Laney McFadden and Ian Webster. After Flynn formulated a scheme for Roxie Hart to present to the jury to escape her death sentence as well as get her back on the front page of the news, Act I was concluded with the song My Own Best Friend, sung by both Roxie Hart and Kelly, as they realized they could count on no one but themselves.

“My favorite part of Act 1 was probably Cell Block Tango due to its awesome choreography and also because of how awesome [McMahan] was,” Wolf said. “It was super hard [to act as Kelly] because I’ve never played anyone so serious before, but all of the hard work from not only our cast but also our crew really paid off.”

Act II began with Kelly’s frustration towards Roxie Hart and her plan to manipulate the jury. Following this, Flynn convinced Amos Hart to file for a divorce with his wife, which led Rodriguez to successfully portray him as a sad man who never got noticed by anyone with the song Mister Cellophane, gaining a sympathetic reaction from the audience. Following this crowd pleaser, Rusch and McMahan presented Roxie Hart’s dramatic character by making a show of her fake story to the jury, demonizing Casely to show them murdering him was an act of self defense. The jury decided Roxie Hart was innocent, but to her dismay, the press didn’t care about her anymore. Realizing her celebrity life was over, she performed the song Nowadays with Kelly, where they bittersweetly sang about their current lives. The show finished with the Finale, where the audience gave the cast a standing ovation at each of the four shows for the exceptional performance.

“[Flynn] was a really fun character to play and the reason for this being that he’s nothing like any antagonist I’ve ever played before,” Webster said. “I find it really fun playing antagonist roles because you have to take all the aspects you dislike about the character, and pump that dislike into those same attributes. There’s been a few times I walked off stage and apologized to my cast mates I interacted with in the scene prior just in case I was too mean.”

Behind the scenes, the crew in charge of the lights, microphones, costumes, and sets were a huge part of what made the show as successful as it was. Set-ups included tables and chairs for the jury scenes, as well as discussions between characters, made by Ms. Milam’s four tech classes. Characters had up to three costume changes, led by Martinez and Mrs. Coats’ three costume classes. The lights were led by sophomores Aedon Harrod and Sofia Stanfield, who highlighted the characters’ importance in dramatic scenes.

“At first it was difficult to balance wardrobe and the characters I had to play because I had to find about three costumes for 60 people each, needing to still be in the 1920s era,” Martinez said. “It was hard work but I wouldn’t have done it for another group of people, and it was an amazing way to finish my senior year musical career.”

[My favorite song] to sing was probably ‘My Own Best Friend’, that one was really good because it was challenging on my vocal chords. I usually don’t hit those notes on the daily. My favorite song listening to the soundtrack is probably ‘Me and My Baby’.”

Not only was the crew behind the scenes important, but the cast had hired a live ensemble to play as the actors and actresses. The ensemble, conducted by choir director Mr. Andre Clark, consisted of a mix of high school students as well as experienced, professional musicians. They had rehearsed with the cast everyday one week prior to the actual performances to solidify what times the ensemble had to start and stop playing, which lines to listen for, and which scenes were the most climactic.

“It was a really awesome experience getting to be in the ensemble for Chicago,” Will Sedberry ‘20 said. “It was cool to get to perform with professionals and for a cast and crew that has worked super hard for the last couple months. They did a great job.”

The quick scene transitions done by the running crew along with the excited audience reactions, inspired the students to give their best performances every time. Each actor and actress presented their character with passion and personality, and the crowd loved every second of it.

“Getting to play such a big character my first year in musical was something I really never expected,” McFadden said. “I’ve learned how to act but performing on stage with my cast mates really was the best part. They carried me along the way and taught me so much and I’m grateful for their support, help, and friendship.” 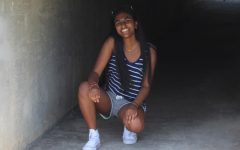 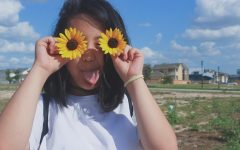