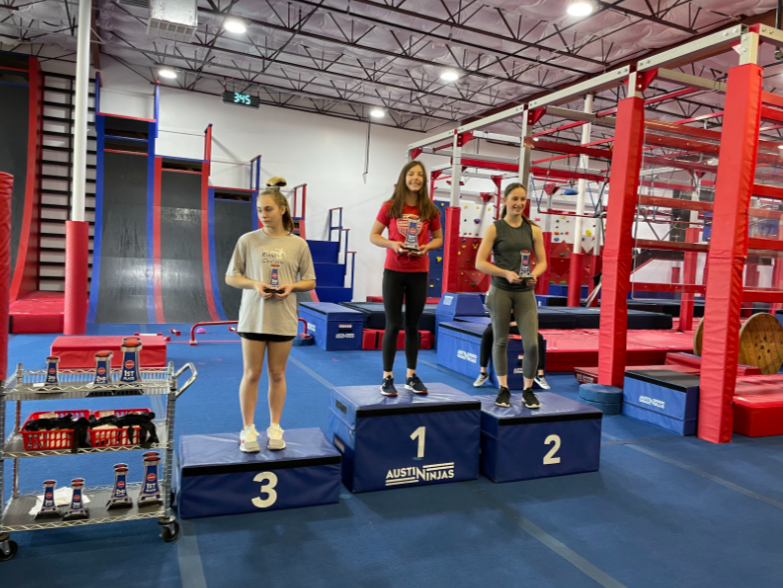 Josephine Grubesic ‘25 wins first place in the National Ninja League regionals. Grubesic has been training since fifth grade to compete on the American Ninja Warrior television show. “I really want to be on the show,” Grubesic said. “I just feel like that would be a great opportunity to put myself out there.” Photo courtesy of Josephine Grubesic.

45 minutes into her two-hour practice for the third time this week, using her core muscles, JoJo pulls herself off the ground, hands behind her head, legs parallel to her shoulders, back pressed to the floor. She counts the reps, just a few sit-ups in. Though her core aches, it isn’t the only part of her body in pain. Her spine is screaming in agony, a persistent throb. But she puts her suffering aside, as she had done for many years, to continue training to become an American Ninja Warrior.

Ninja, JoJo’s passion, is a combination of gymnastics and parkour, involving less lower body than parkour and more upper body than gymnastics. Core work is necessary for Ninja, but is the most dreaded part of JoJo’s routine.

It was worth the pain, though. The courses were thrilling, exhilarating, and always a challenge.

And JoJo is incredible at what she does.

Since the fifth grade, Josephine “JoJo” Grubesic ‘25 has been training extensively to compete on the popular American Ninja Warrior television show. Last Saturday, Feb. 19, JoJo won first place at the Iron Sports competition, and soon she will be headed to North Carolina to compete in the National Ninja League competition in April.

“Currently, I am fifth in the world, second in the state, and first in the South Central Region,” Grubesic said.

As a child, Grubesic’s fascination with Ninja began with rock climbing and an obstacle course at her old gym. She grew up watching the Ninja Warrior television show and always dreamed of competing on it, but that dream seemed far-fetched until recently.

“When I moved to Texas I discovered Austin Ninjas, which is the gym I train at,” Grubesic said. “I started training more and more and then I joined their competitive team.”

The path to achieving this success in Ninja was not an easy one for Grubesic, however.

“I have Torticollis, which is like half my spine is higher than the other half,” Grubesic said, “so whenever I do a lot of lower body or sit-ups it’s excruciatingly painful.”

Torticollis is a rare condition involving the neck and spinal muscles that can cause debilitating pain during daily tasks and exercise. Fighting through the condition has only made Grubesic more reliant on herself, which is convenient as the most important aspect of Ninja is that it is a one-person sport.

“You compete with every single person in the country,” Grubesic said. “If you’re not the best, you don’t have a team to rely on, so if you mess up one time it’s over and you have to wait till next year to try again.”

However, in Grubesic’s case, single-person sports are not a cause of stress. In fact, they are the opposite.

“I feel like having only to rely on myself and not having to worry about others is very consoling,” Grubesic said, “because I know that if I work harder than everyone else I can win.”

Although it would be an incredible opportunity to compete on the American Ninja Warrior television show, Grubesic’s motivation goes beyond national recognition.

“I plan on doing Ninja for the rest of my days,” Grubesic said. “At some of the competitions there’s somebody who’s like 70, and I want that to be me.” 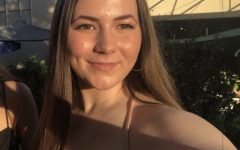