After the success of Stephen King’s 1978 short story collection Night Shift, there were still quite a few in his catalogue that hadn’t been widely published. Most were written for magazines or short story compilations, but to many, Skeleton Crew was their first exposure to these chilling tales. And what an exposure it was, because this 1985 selection was brimming with great ideas and startling stories. While not quite as good as Night Shift, it still has a lot of great work. So let’s get ranking!

An almost perplexingly slight story, Here There Be Tygers is a brief journey into the mind of a child. We are placed into the world of a child who goes to the bathroom and sees a tiger. The tiger then kills his teacher, and then the story ends. It’s short, confusing and not very interesting, especially coming directly after The Mist. This is probably the Stephen King story least likely to get a film adaptation.

King includes two of his poems in Skeleton Crew, and this is obviously a poem intended to be read to his son, Owen. It’s sweet, but doesn’t leave much of an impression. However, it’s always nice to read Stephen’s sensitive side, and at only a page, it’s worth reading.

King’s early obsession with school shootings comes to the forefront once again with this unfortunate story. I’ve always found his stories in this tone to be upsetting, especially considering King got his start as a high school teacher. Skippable.

These narratives are quite short, linked together, and are only separated by a few other stories. Therefore, they will be ranked together. Unfortunately, the unique form factor doesn’t help with these bland crime thriller wannabes. The first one is notably better, because the plot is a lot simpler, but it’s a relatively minor advantage.

King’s other exploration into poetry is fine enough, with some interesting imagery and good use of language, but you have to wonder why he didn’t just make this a regular story. As it is, it’s a free verse poem without much rhythm, and while King has proven adept at tackling other genres in the past, it’s clear from reading this that poetry is not one he is all that good at.

For some reason, Stephen King has a strange obsession with animated cars. Maybe he was the inspiration for Pixar’s iconic Cars franchise? Anyway, Uncle Otto’s Truck, as you might expect, features a truck out for revenge. Pretty boring, but points for originality; after all, Cars came out several decades later. Just read Christine instead.

This novella is somewhat bland and uninteresting, with a cursed death mirror, and an extremely predictable plot. It is one of the few filler stories in this collection.

This tale gives other wacky stories in this collection a run for their money, with a twisted recounting of someone’s murders, brought on by a convincing young Nona, who randomly turns into a rat halfway through. This one is so outlandish that it’s ironically funny, and because of that, it’s somewhat higher up in the rankings than many might expect.

A somewhat sad and subdued story among its flamboyant neighbors in this collection, the narrative tells of a curse put upon some poor soul, who cannot touch anyone, or they die a horrible death. It’s a great concept, but quite underutilized, and the ending leaves something to be desired.

In a deeply strange situation, this is one of the few stories King has ever written that remains firmly grounded in reality, despite the main character’s best efforts. This one touches on a slow, spiraling descent into insanity, and a bunch of imaginary elves called ‘Fornits’ that are agents of fortune to writers. It’s a fairly uneventful read, but more or less worth it in the end.

A wacky, wild story that King must have written one night out of pure boredom, Ms. Todd’s Shortcut is truly insane. After the eponymous character begins an obsession with finding shortcuts, a man along for the ride discovers she’s gone past the boundaries of our dimension. This story stands out for being lighthearted and quite fun.

Long before the invention of Creepypastas (simplistic internet stories usually revolving around cursed objects), Mr. King was ahead of the curve. In this creepy recounting, a toy monkey (think the one from Toy Story 3) haunts one man, and causes the disappearance of his entire family. It’s a decent little story, but he never really goes super far with the concept, and aside from a creepy visual, it sometimes comes off as laughable.

While some stories in this book had been rather tame, suddenly out of nowhere comes this absolutely terrifying, almost hard to read tale. Gramma deals with childhood trauma in an incredibly unsettling manner, and the description of the title character is nothing less than disgustingly brilliant. A must read, but also a hard one to swallow.

One of the more memorable stories, Beachworld is a rather unique take on sci-fi horror, and one of King’s few endeavors in the subject. After a ship crash-lands on a deserted desert planet, (get it?) where the sand seems to have an almost hypnotic quality, its inhabitants slowly go insane. The astronauts begin to lose their minds, and King’s writing takes this pulpy premise to new heights.

This story is one of the less genre-focused efforts in the book. Stella is a woman who has never left her home island, but her cancer has left her close to death, close enough in fact, that she sees all her deceased family and friends, who beckon her to cross the icy patch between the island and the mainland, called The Reach. It’s a melancholy event, and it provides a nice break from the horrors of the rest of the book. It follows the trend set in Night Shift, wherein the final story is a sad but slightly heartwarming tale.

Once again, King strikes back with a really great concept that goes sadly underutilized. The story opens with your typical, unhappy, working dad  facing a midlife crisis. After a terrible accident, the word processor (basically a bare-bones computer, this story was written in the ‘80s after all) that belonged to his genius nephew is handed down to him. He soon finds out that it can control the universe, and as you might expect, he changes up things quite a bit. The idea of a computer controlling everything is straight up impressive, but the execution isn’t all there. This is definitely one of those short stories where you want King to come back on the topic later, because it was just so criminally underutilized.

King’s excursions into sci-fi storytelling are well-explored in Skeleton Crew, and they are generally pretty successful. One could argue that The Mist was a mix of sci-fi and horror, and this one is too. Taking place in the distant future, it concerns a teleportation service that can take a ghastly toll on those who use it wrong. It’s a memorable story, filled with great imagery, and the final twist is chilling. It’s King by way of The Twilight Zone, and it works remarkably well.

One of the strangest and most disturbing stories ever written, this one is weird even for early Stephen King standards. Describing the full extent of what occurs here would surely be breaking some kind of internet law, but we’ll try our best to make this PG. Once upon a time, in typical fashion, a man washes up on a beach alone, after narrowly escaping a sinking ship. Alone that is, except for the two kilos of cocaine that survived with him. Stranded with no food, the man writes  journal entries to keep his sanity in an effort to survive. Fortunately (or unfortunately, depending on how you look at it), he’s a former surgeon, and cocaine functions as a sufficient substitute to anesthesia. Yeah, you can probably guess where this is going. Needless to say, it gets gory, but the guy’s gotta eat.

We begin Skeleton Crew with a gripping story, filled with strange imagery and a fantastic hook. Following David Drayton as he finds himself trapped in a convenience store during a mysterious, misty day, leads to some intense scenes, nail biting suspense, and lots of Lovecraftian creature design.

One of the prime underdogs of this collection, the title doesn’t do this masterpiece justice. Four college kids find themselves stuck in the middle of a lake, surrounded by a mysterious creature, and the narrative turns gritty and terrifying. Very little is described about the foe, to keep it as mysterious and alien to the reader as possible. If you were to read just one story from this collection, it should definitely be this one. Filled with terrifying imagery, a mix of likable and unlikable characters, and a chilling twist, The Raft is perfect King

Overall, Skeleton Crew is a worthwhile addition to any Stephen King fan’s collection. It’s not as classic as Night Shift but it has so many memorable stories that it easily slides onto the upper echelon of the master’s work. 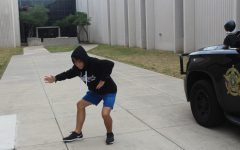