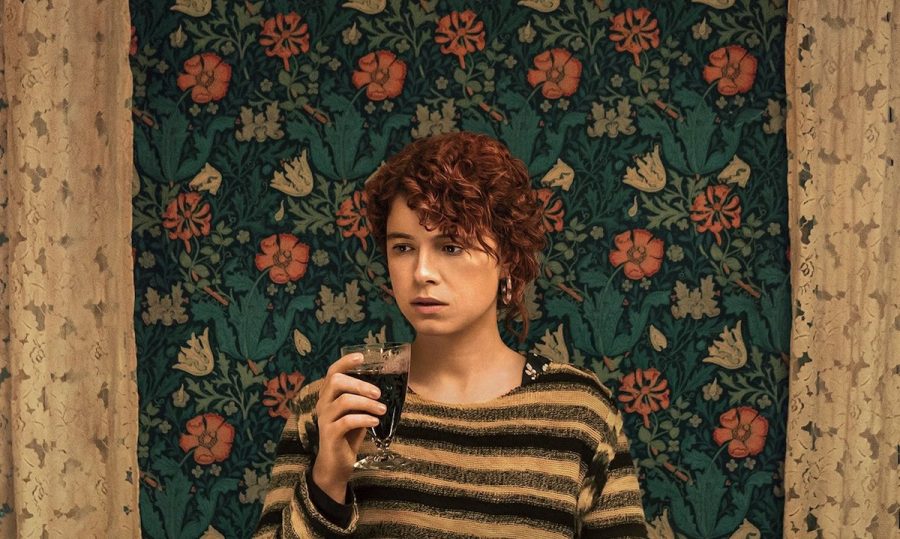 Charlie Kaufman’s 2020 Netflix film has been unfairly overlooked at the Oscars. Here we find out why. Photo courtesy of Indiewire

Despite significant delays, the Academy Awards will commence on Sunday, April 25 and unsurprisingly, the spate of films released this year has been somewhat paltry. Due to restrictions stemming from COVID-19, many movies were delayed or pushed back, and with very few big-budget Oscar-bait movies released, the Oscars have had to delve into the independent film category for its best picture nominees. The Sound of Metal, The Father, Judas and the Black Messiah, Nomadland, and Promising Young Woman are all lower-budget movies by fledgling filmmakers. Minari is the sole foreign film nominated, while Mank and Trial of the Chicago 7 are the only conventional movies by established directors represented among the nominees.

It’s refreshing to see so many underappreciated indie movies get a nod, and it’s about time that David Fincher got a Best Picture nominee, but there’s one glaring omission. It was advertised well, had a popular director behind it, and starred both up-and-coming young actors and old pros long overdue for a nomination. Interestingly, it wasn’t nominated for a single Oscar. This film is I’m Thinking of Ending Things, written and directed by Charlie Kaufman and starring Jessie Buckley and Jesse Plemons.

I watched I’m Thinking of Ending Things without knowing anything about it besides its director and title. It was released directly on Netflix and to select theaters in August and September, meaning that it was perfectly eligible for an Oscar nomination. But unfortunately, it was left in the dust. It got excellent reviews, and while it’s not normally the kind of movie that the Academy Awards selects, neither is Promising Young Woman, a film just as odd and uncompromising as Kaufman’s.

Perhaps it’s the title. It’s long and depressing, much like the film, and saying it out loud may grant you with odd looks if those around you are unfamiliar with it. Perhaps the prospect of Oscar host Neil Patrick Harris expressing a desire to end his life on television seemed risky to the shadowy members of the Academy of Motion Picture Arts and Sciences.

The most obvious answer to my query of “why wasn’t this movie nominated” is that it’s simply too odd. Its plot is labyrinthine, visualized in a VHS-style 4:3 aspect ratio, and it has one of the most depressing endings to any film I’ve seen. The story is multi-layered, heavy with allegory, and hard to pin down. Ostensibly, it concerns a couple visiting the boyfriend’s parents in the middle of a blizzard. His parents are odd to say the least, and as the duo progresses through the night and eventually leave the house, they begin to question reality. Lines blur between fiction and nonfiction. Character names change, an animated interlude briefly occurs, personalities split, and the genre even shifts during a heartbreakingly beautiful denouement. Immediately after finishing the film, your head is swimming with countless questions, but in a few days it will become clear.

I won’t spoil it, but read between the lines and you can develop a literal interpretation of the esoteric events occurring. It’s a narrative style pioneered by people like David Lynch, and it’s nothing new for Kaufman. This is the third of the films he’s directed, and the eighth of the ones he’s written. His directorial credits certainly feel different than his scripts helmed by other directors, which tend to be more comedy than surreal drama. His Spike Jonze collaborations in particular have an anarchic and unpredictable sense of humor, particularly 2002’s insane Adaptation (probably my second favorite Kaufman film after this one). But his most enduring movie remains 2004’s Eternal Sunshine of the Spotless Mind, an utterly heartbreaking drama that stars Jim Carrey in an excellent and serious performance.

While it’s been some time since I’ve seen it, I had trouble connecting with Eternal Sunshine. To my defense, I was 13 when I saw it, but I can definitely see myself coming back to it as I grow older and can relate to it more. I’m Thinking of Ending Things however, connected instantly with me after watching it. It lacks the humor of his Jonze collaborations and the relatability of Eternal Sunshine but it does make up for it with the intensity of its horror. I’m Thinking of Ending Things is one of the scariest films I’ve seen, and it’s barely a horror movie. Watching it makes you feel, at times, like you’re going insane or losing your memory. It’s rare for a film to have such a visceral effect on a viewer, and even those who dislike the movie (of which there are many) can admit that it has the power to make you feel things: whether it’s disgust, awe, or sadness.

Kaufman’s writing has a hyper-literate style that is tailor-made for movie nerds, complete with a scene in which Jessie Buckley recites Pauline Kael’s entire review of 1974’s A Woman Under the Influence. But make no mistake, I’m Thinking of Ending Things isn’t trapped in the past. Buckley and Plemmons have a heated argument about the lyrics to Baby, It’s Cold Outside, a very modern argument that sprang up on social media. It’s a movie simultaneously tied to the present and the past as well as reality and fiction.

Mostly, I’m just angry that this fascinating and incredible film wasn’t acknowledged for a single category at the 93rd Academy Awards. Not even a technical one like sound or editing, both of which it excelled at. As everyone’s beginning to feel Oscar fever, take a break from everything and give I’m Thinking of Ending Things a watch on Netflix to witness an underappreciated and unfairly snubbed 2020 film.